On February 25, I attended the Simulation and Gamification Symposium at Rutgers University.  I attended Conquer the Fire Pit: Using Donkey Kong and Tiddly Winks in Higher Education with presenters Scot Osterweil and Beth Ritter-Guth.  I wasn’t quite sure what to expect from an event like this.

I play video games often, and although I was excited about the intersection of gaming and education, I was also skeptical about how it would work.

Beth began by gauging attendees’ experiences with gaming— listing off names of popular video games and asking audience members to stand up if they had played them.  As she rattled off names of highly popular video games, I found myself standing the entire time!  Most of the audience remained seated, but 3 of us stood up the entire time.  I don’t consider myself a “gamer” amongst my friends, but among this group of educators I guess I had more experience than I thought!

You don’t have to be an expert to begin using games in education.  Experience playing games counts for a lot!

Beth demonstrated strategies she uses to incorporate games into the classroom.  In her writing courses, she has usedFallout 3, a role-playing game about the Earth after an apocalypse.  As the game begins, she asks students to imagine the back story (How did your character get to this point? What was s/he doing before the apocalypse?) and she asks them about the future (What happens when the game is over?  Where does your character go from here?).

But Beth doesn’t just use games to inspire creative writing.  She also incorporates some gaming theory into her courses. For instance, she allows students unlimited “lives” when writing papers, allowing them to submit papers multiple times for revision before they “complete the level” and submit their final draft for grading.  I think students would learn more using this process than the traditional high-stakes, one-time submission of a paper.  Beth’s model strives to build in incentives for students to review feedback, internalize it, and improve their writing, instead of focusing strictly on the final grade.

Since this was a symposium about games,  there was a lot of interactivity!  During the Conquer the Fire Pit session, we got hands-on practice brainstorming different games using some provided Pick Up Sticks sets.  Because those of us at my table were familiar with databases, we decided to try that as a starting point.  We had trouble fleshing out the game (what to do with the sticks, how we make this fun, etc.), which showed us how much work it is to design games.

Not every course or every concept lends itself to being easily “gamified” or  being “gamified” in the same way.

Our discussion gravitated away from the activity and towards other ways of engaging students.  I mentioned an idea for online course design that stemmed from my experience playing a console game called Destiny.  I’m still playing the game, even six months after release.  Why?  The game gives me a reason to log in every day by providing “bounties,” tasks to be completed that day, such as “Kill enemy X” or “Collect 50 tokens.”  Why not implement something similar in an online course to keep students “logging in” and engaging with the course material?  This could give students a reason to stay active in a course, while also engaging them with content from different perspectives— rather than “I need to study this to get ready for the midterm,” it becomes “I need to understand and answer this question to complete the mission/task.”  The time limitation also gives students an incentive to start working on it as soon as they can.

Beth encouraged me to share my ideas with the whole group.  I was glad to be able to contribute to the session, and the conference in general, in a meaningful way.  I hope to be at the next gaming symposium, which will hopefully inspire some more great ideas!

This post originally appeared on Rutgers’ OIRT Blog on March 3, 2015. 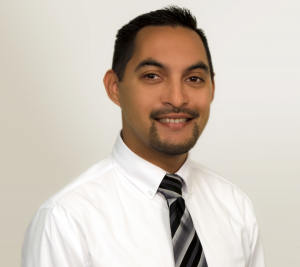